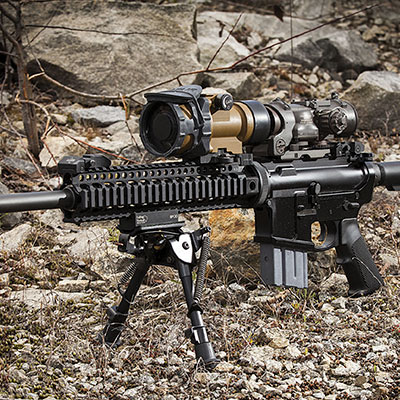 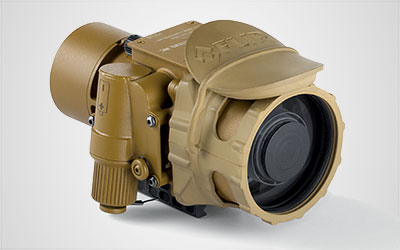 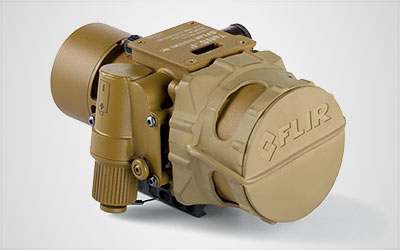 The MilSight™ T90 TaNS® is a high-resolution clip-on night vision device (CNVD) with permanent boresight alignment. It mounts on any MIL-STD-1913 rail interface forward of an existing scope, adding night vision capabilities to daytime target acquisition platforms. The T90 TaNS can also be used handheld or on spotting scope. MUPPSTM battery pack can be swapped in field (AA or CR-123 batteries).

The MilSight T90 TaNS offers mission flexibility as a high-resolution night vision weapon sight with up to 8x magnification. The T90 TaNS can be mounted with a spotting scope, or hand-held as an observation device. Applications include:

With FLIR’s proprietary Shock Mitigation System™ (SMS™), the T90 TaNS can be used on weapons up to and including .50 caliber bolt- action rifles. The T90 TaNS is lightweight with large rugged controls, runs on a single AA or CR-123 battery, and has a Generation III I2 tube for ultimate low light performance.

The unit is installed, operated, and removed without tools and without affecting boresight (permanent boresight alignment). The unit can be mounted on a spotting scope for long range reconnaissance, hand-held as a Night Observation Device (NOD), or used in other night-time operations requiring night vision capabilities.

The MilSight T90 TaNS features the proprietary and patent-applied-for Modular Utilitarian Power-Pack System™ (MUPPS™), a detachable, field-replaceable battery compartment that accommodates either AA or CR123 batteries. Also standard on MilSight T90 TaNS is a temperature-compensated low-battery indicator that appears intermittently in the operator’s field of vision (when approximately 30 minutes of battery service remains), but does not obstruct or otherwise interfere with the target image.